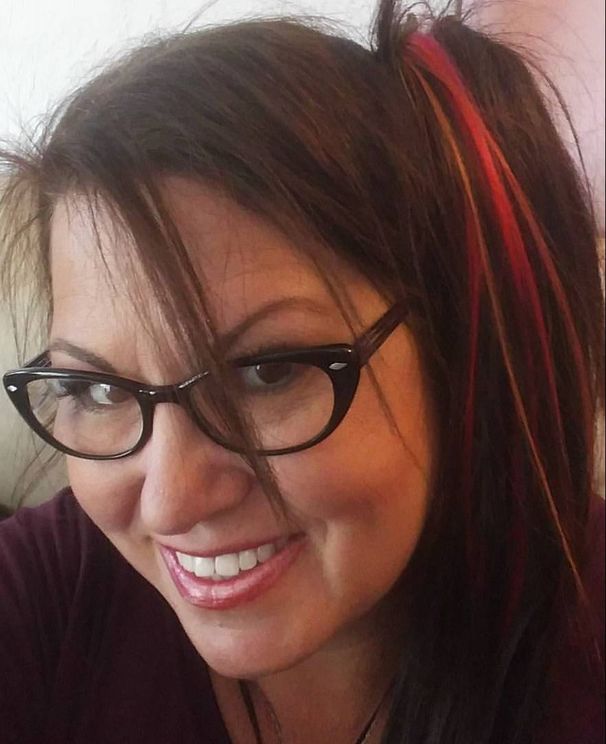 Leigh Michele is a mezzo-soprano who's voice can soar with the angels or walk with the sultry and deep. Classically trained, Leigh has found her true love in Broadway and Standards. Leigh Michele has been on the top 10 for So. FL Jazz Artists since June 2009.

Though she is known for her Jazz talents, Leigh's range covers all genres of music, from Country to Rock and everything in between and over 70 years of music! Come join her for one of her shows and see for yourself why this artist is making serious waves in the music community. You will be glad you did!

Leigh Michele is a native of West Palm Beach, FL USA. She began taking formal vocal lessons at age 14. At the age of 15, Leigh auditioned and was accepted as the youngest member to date of The Masterworks Chorus of the Palm Beaches. During her teen years, Leigh was the featured soloist at her church, had the lead role in numerous musicals, and received superior ratings at State vocal competitions.

She studied Music and Theatre in college, earning her Bachelor’s degree in both. She then followed an interest in Law, completing her masters in that field. In 2005. She received her Doctorate in Business Administration and Marketing., and has subsequently become a Specialist in Emergency Management Planning, earned Haz-Mat Certifications, and has become a Certified Skin Care Consultant as well as a Beauty Advisor.

She is an artist in more than just vocal music.  Leigh is also an award-winning photographer, and spends time "doodling". See her ARTWORK

Leigh Michele has been performing live for many years both as a solo act and with many bands and is a known professional. Her debut album ::|| Leigh Michele - Standards & Favorites ||:: is available on i-Tunes, cdbaby.com, CD Universe and more.

Because Leighlee values her fans in Second Life so much, she has released a Holiday cd exclusively for SL residents.

Leigh Michele performs a wide variety of styles from Pop to Showtunes to Country to Standards to Rock from the 30's to today. The range this artist has in style and genres is phenomenal.

"Honestly I have to say that all music influences me. Music creates joy, sadness, reflects love and warms cold souls. It is the international language and I am blessed to be able to use it to speak to others."

Her music has been influenced by many great artists like Barbara Streisand and Bette Midler as well as Frank Sinatra, Ella Fitzgerald, Dean Martin, Sammy Davis Jr, Bing Crosby, Marilyn Monroe and Karen Carpenter just to name a few...

“Voice of Angels -> @leighmichele <-And pretty as one also!” jinnandtonics - Twitter

“2 Tunes that you've dedicated to the Troops are FANTASTIC! I am thinking of a night club setting under attack 4 films so far” RascalLee - Twitter.com

“Listen to @leighmichele on Reverbnation when you get a chance. I think she's really talented. http://bit.ly/y5dHm” Manfred2112 - Twitter

“MintMickeyDotCom has made a comment on Way That I Want To Touch You: Beautiful song. Nice job! ”
MintMicky - YouTube

“i LOVE you singing," let me call you sweetheart". very cool leigh. i have sang my whole life. just never got the break i guess you could say. you have a beautiful voice. thanks for sharing it with us. that was way too cool” - Mary Andrea Ruffolo - Facebook

“You have a beautiful voice,.. Love the song wind beneath my wings,.. reminds me of my Dad !!! Glad I stumbled upon you on twitter,.. HOOAH !!! AKA Army Infantry Mom”
Infantry Army Mom - Youtube.com

“Tickets for her shows will go for much much more! Buy it you will not regret it!”
Amanda Cummings - CDUniverse.com

“I am a voice instructor with too many years experience to count, and I wish I had had a student half as talented as this young woman. We will be hearing amazing things about her as time passes. It's totally worth the cost of the album to hear her.”
Amanda Cummings - CDUniverse.com

“Best Vocalist Ever I have been around music my entire life. I have NEVER and I stress that NEVER heard vocals like those Leigh Michele's.”
Amanda Cummings - CDUniverse.com

“You have a tremendous gift - you sound like an angel!! A gift from God!!!”
Brooklyn Praga - Second Life

“YOU HAVE A BEAUTIFUL VOICE...I CAN LISTEN TO YOU SING ALL DAY My oldest daughter was in the room with me while you were singing at the b-day party and you blew her away as well!!! WOW!! That's how we both felt! You are truly talented!”
Brooklyn Praga - Second Life

“I just love listening to your fabulous voice. You are very talented” - Coventina Aeon - Second Life

“Is there no end to your awesomeness??”  - Kartor Brandiss - Second life

“I Love it. You have such a beautiful voice!” - Kartor Brandiss - Second Life

“Enough silk for a fine Japanese robe, the croonin' that gets me swoonin'” - @mcProdigal - Twitter

“I love the fulness of your voice, you're doing me the favor so shuut uppp, if only I was 90 yrs younger”
@mcProdigal - Twitter

“The Way You Look Tonight, by @leighmichele The girl can saaaang, we say in the South” - @mcProdigal - Twitter

“I have just been listening to your music on MySpace. AWESOME voice *smiles*” - @dawizonline - Twitter

“thanks a lot Leighlee, a marvelous show it will be ever a pleasure to see you on Bourbon, our sim is your sim.” - minijean Dodonpa - Second Life

“All the great voice are come by Leighlee Trafalgar. Thanks to be like you are , stay ever and ever the great artist you are” - minijean Dodonpa - Second Life

“OMG Leigh can sing forever on just one breath of air - Get your arse to BROADWAY woman!!!” - Kelly Kestenbaum - Second Life

“Leigh with her satin voice wraps you in such smooth tones i is unbelievable. I have heard her on occasions and am newly amazed each time. She is indeed fantastic!” - Dav Earnshaw - Reverbnation

“I got your cd off of iTunes and I have to say....WOW....I love the songs and your voice is so wonderful. Thank you for letting me know I could get it and I hope you make some more in the future!! :D” - Kartor Brandiss - Second Life

“@leighmichele Love your "Fever" What a nice surprise.” - @Paul_Lemberg: - Twitter

​“I listened to all your songs on reverbnation a few weeks ago. You have an awesome voice!” - @AppleInvestor - Twitter

“You sing the old standards with style & a sultry lilt @leighmichele Consider me impressed & a fan.” - Janet deFee (Nawlinswoman) - Twitter

"...you've got that Billy H rich tone and god Fever is wonderful. I love that song, but it's so rarely done right, needs that soul who knows it to sing that one and you definitely qualify!" - A Fields - Second Life